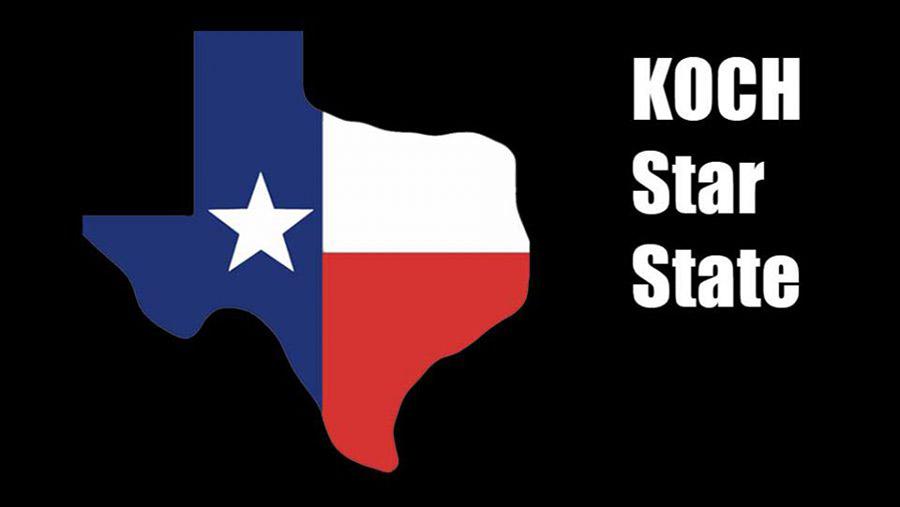 As the Koch brothers continue construction of a massive expansion at their Flint Hills Resources refinery in Corpus Christi, Texas, they are also making political investments in that city.

An October 20, 2016, Federal Elections Committee (FEC) filing from the Koch Industries, Inc., Political Action Committee (KochPAC) shows that the Kochs are backing seven candidates at different levels of government in the city: a candidate for Mayor, five candidates for City Council, and one for the Nueces County Commissioner Court.

In 2000, a federal grand jury issued a 97-count indictment of Koch Industries, subsidiaries, and employees for an array of environmental crimes. After the Kochs backed George W. Bush in the presidential election that year, Bush's U.S. Department of Justice allowed a Koch subsidiary to plead guilty to a single count of concealing violations of wastewater testing laws at the Kochs' Corpus Christi refinery. Koch paid $20 million in fines despite evidence the corporation had released more than 90 metric tons of the cancer-causing toxic benzene into the city's water and air.

Now, the Kochs have a refinery expansion, called Project Eagle Ford, underway to process more oil. The project will cost around $600 million, according to the Kochs' Flint Hills operation.

The Kochs' backing of so many local candidates in a single city is noteworthy because the right-wing billionaire brothers are better known for massive spending in state and federal races via KochPAC, David Koch's Americans for Prosperity, and large donations to other political committees, such as the Republican Governor's Association. This year, the Kochs' made news with their decision to stay out of the presidential race, sending Koch cash down ballot.

There is no other city in the U.S. where the Kochs, through KochPAC, are spending to try to win as many seats as Corpus Christi. Though the amounts are small compared to the Koch fortune and other parts of the electoral spending through their Freedom Partners efforts, such donations have a bigger impact in local races and also help create an alliance between the beneficiaries and the Kochs.

Texas is also a major target of the KochPAC. As of November 1, the Kochs are backing 74 candidates running for political office in Texas, which is a larger number than any other state in the country.

Here are the Koch-backed candidates in Corpus Christi:

KochPAC reported donating $1,000 to candidate for the District 4 seat, Greg Smith; however, Greg Smith has contacted CMD to state that he was "offered a contribution from Koch Industries and did not accept it."

The Kochs did not contribute to a candidate in the races for the District 2 or District 3 race.

View a complete list of all the candidates the Kochs have contributed to in the 2016 election cycle on CMD's SourceWatch site here.

a single K? Really? Since when is this money lol? This does not make a dent.
Mr. Kramer: Perhaps you are unaware of how little money is raised and spent in local city council races in Corpus Christi. For example, Chad Magill reported raising about $13K in his 30-day report and just $6K in the most recent filing, so yes a $1K contribution is significant in such a race. Indeed, though a thousand dollars may not mean much to you, only .46% of the U.S. population give $200 or more, according to Open Secrets: https://www.opensecrets.org/overview/donordemographics.php