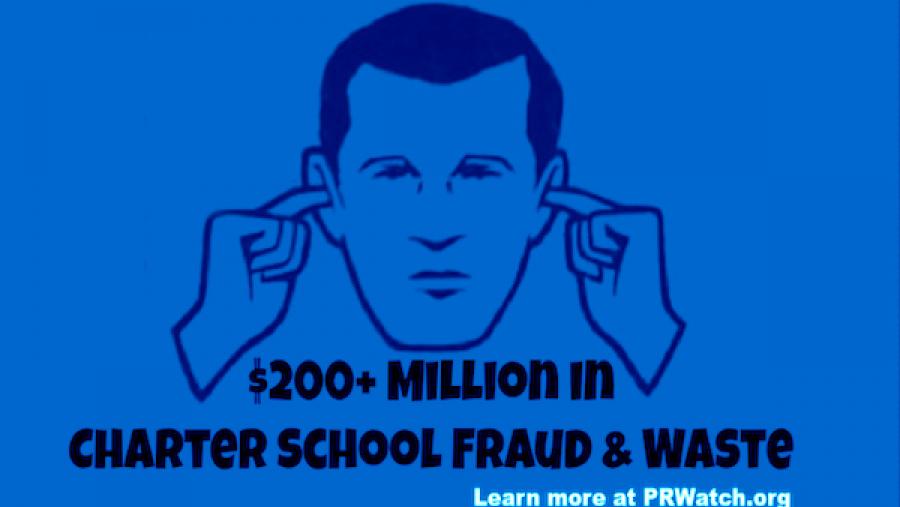 One could be forgiven for thinking "National Charter School Week" already happened. The made-up "National School Choice Week" was just 14 weeks ago. It's an easy mistake to make.

For education observers in the U.S., every week seems like Charter School Week. As billionaires Bill and Melinda Gates, Eli Broad, the Walton family, the Koch brothers, and others put millions of dollars per year into a "reform" movement that undermines and supplants truly public education, the government diverts more and more of taxpayer money to charters and other variations of "choice."

In October 2015, the Center for Media and Democracy published "Charter School Black Hole," a special investigation of federal charter school spending and failures. That report found that the federal government has spent at least $3.7 billion on charters.

Last Friday, President Obama issued a proclamation recognizing this week, May 1-7, as National Charter School Week. The proclamation asserted that, "Over the past 7 years, my Administration's commitment of resources to the growth of charter schools has enabled a significant expansion of educational opportunity, enabling tens of thousands of children to attend high-quality public charter schools."

According to a PowerPoint presentation DOE produced in December 2015, the department's charter schools program has four purposes. "Evaluating the effects of public charter schools" is only one purpose, and not the first. Most important is: 1) "Providing financial assistance for the planning, program design and initial implementation," and there is also 3) "Expanding the number of high-quality charter schools available to students across the United States," and 4) "Encouraging states to provide support to charter schools for facilities planning."

Under the government's uncritical eye, charter schools are supported by taxpayer dollars but exempt from many of the requirements and standards of most public schools due to the way they were created through state legislation pushed by ALEC. Charter school proponents have diverted billions of taxpayer dollars from public schools to charters despite scores of documented cases of fraud and waste by charter school operators charters. Indeed, CMD's "Charter School Black Hole" report identified several hundred number of charter schools have received federal funds and closed or never opened. (See CMD's related story on its Freedom of Information Act request regarding those schools here.)

A recent report from the National Center for Education Policy at the University of Colorado-Boulder found that the performance rating of virtual charter schools is low, the schools have been lightly researched, and their growth is nonetheless robust. The report's authors wrote, "Little rigorous research has examined the inner workings of these schools, but evidence indicates that students differ from those in traditional public schools, and that school outcomes are consistently below traditional public schools. Nevertheless, enrollment growth has continued, assisted by vigorous advertising campaigns, corporate lobbying, and favorable legislation."

ALEC is a pay-to-play operation that is instrumental in lobbying for state legislation that operationalizes the billionaire wish list for virtual schools and school privatization. ALEC is funded by private corporations to get direct access to state legislators to advance their corporate legislative agenda in the state houses, as CMD has documented through its award-winning ALECexposed investigation.

No story about National Charter School Week is complete if it doesn't mention ALEC and the wealthy interests that have bought and paid for the "education reform" policies that were necessary to create most of these schools in the first place.

Compared to the "black hole" of education that many regular public schools are?