Reporters Guide on the Koch Right to Work Playbook 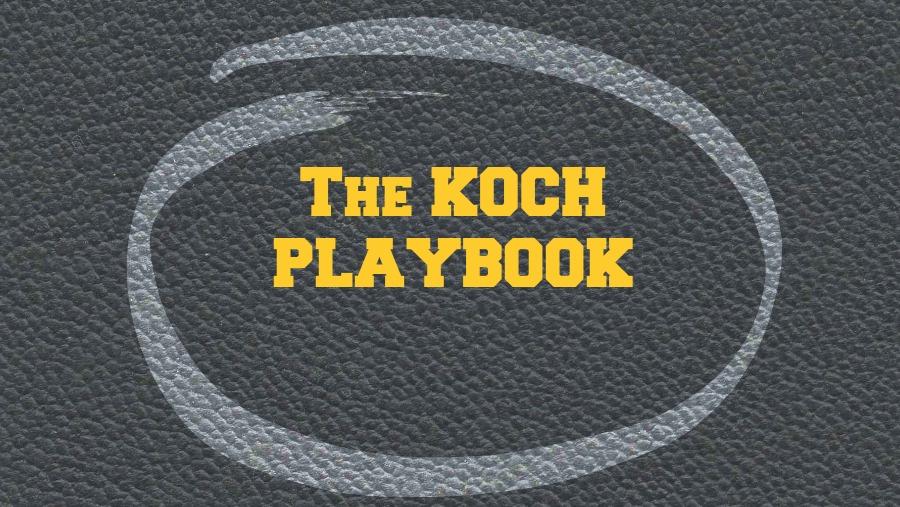 West Virginia is the latest front in a national battle to undermine worker rights bankrolled by the billionaire Koch brothers.

The effort in West Virginia to enact a Right to Work law (Senate Bill 1) and repeal the state's prevailing wage (HB4005) is following the same playbook used in Michigan and Wisconsin, involving a similar cast of Koch-backed out-of-state characters to drive the agenda.

The connections to the Koch brothers are numerous:

◘ Last weekend, January 30-31, the Koch brothers held an exclusive donor gathering at a luxury hotel in Palm Springs, California. West Virginia Senate President (and Right to Work bill sponsor) Bill Cole was one of only seven elected officials from the entire country to attend the event. "He specifically addressed his legislation to make West Virginia the 26th right-to-work state," Cole's spokesperson told the Charleston Gazette-Mail.

◘ Both anti-worker bills, Right to Work (Senate Bill 1) and Prevailing wage repeal (HB4005), mirror model legislation promoted by the American Legislative Exchange Council (ALEC), which receives a substantial part of its funding from Koch Industries and other entities controlled and funded by the Koch brothers. ALEC is closely tracking the West Virginia legislation.

◘ An AFP representative named Pete Lund has been promoting Right to Work in West Virginia and offering advice to legislators. Lund was previously the Michigan House Majority Whip, and after sponsoring Right to Work in that state in 2012, he received a job at AFP as State Director for Michigan.

◘ The Koch-funded State Policy Network (SPN) is playing a similar role in West Virginia as it played in other states. In Michigan, the state SPN affiliate the Mackinac Center played a key role in promoting Right to Work in 2012, and later received SPN's top award for that effort. Then, SPN published a document titled "You Can Too" in which it promoted the successful campaign to pass Right to Work in Michigan using the ALEC model. In 2015, the Mackinac Center's Vincent Vernuccio testified in Wisconsin, and the Wisconsin SPN affiliate also supported Right to Work. In West Virginia, Mackinac's Vernuccio has similarly testified in favor of right to work, and the state SPN affiliate, The Public Policy Foundation of West Virginia, has backed the anti-worker measures.

For further details, contact the Center for Media and Democracy.