Not Just Trump and Walker: ALEC Called for Ending Birthright Citizenship Too 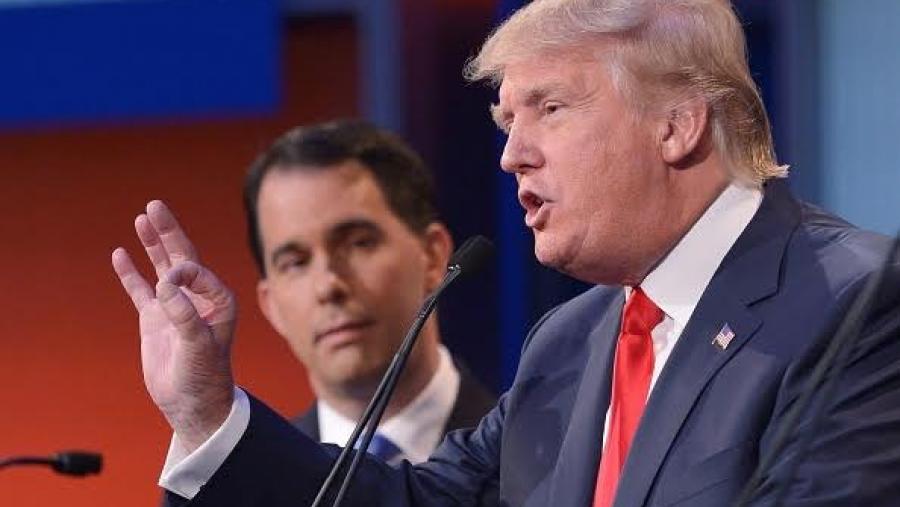 It's not just Donald Trump and Scott Walker that have declared children born on American soil should no longer be considered citizens: the American Legislative Exchange Council, or "ALEC," made the same claim in 2008.

This week, Donald Trump released a six-page immigration plan that, among other far-fetched proposals (like having the Mexican government pay for a border wall), called for ending the birthright citizenship guaranteed by the U.S. Constitution's 14th Amendment, calling it “the biggest magnet for illegal immigration.”

In the face of declining poll numbers, Wisconsin Governor Scott Walker jumped on the bandwagon, declaring that he too would dismantle the 14th Amendment, which grants citizenship to "all persons born or naturalized in the United States." Even GOP presidential candidates who personally benefitted from birthright citizenship joined in. Marco Rubio and Bobby Jindal, both of whom are American citizens despite being born to non-citizen parents, called for restricting the program.

How these candidates would undo 117 years of precedent is unclear: they would either have to amend the constitution, or appoint activist U.S. Supreme Court justices willing to reverse the 1898 court decision that found the constitution guaranteed citizenship to all children born in the United States.

The American Legislative Exchange Council, or “ALEC,” adopted the same policy in a 2008 resolution. View it here.

This is ALEC's logic:

The following year, ALEC would adopt as “model” legislation the bill that would become Arizona’s anti-immigrant SB1070. At the time, private prison companies like Corrections Corporation of America were ALEC members, and also stood to profit from more immigrants behind bars.

Although ALEC dropped all immigration and crime-related policy creation in 2012 until recently after the controversy over its role in the Stand Your Ground legislation, it has never denounced this measure or done anything to repeal ALEC-inspired anti-immigration laws.

UPDATE: In the days after this article was published Scott Walker changed his position on this issue a number of times. See the blow by blow in this article by CNN "Scott Walker on Birthright Citzenship, 3 Positions in 7 Days."

David Armiak contributed to this article.

I don't see the problem with changing the 14th Amendment. What does it gain the United States to keep it as it is? What do we lose by not changing it? Are we not proud to be citizens of this great country that we would so carelessly give it away? How many other modern countries of the world have policies like this? When the 14th Amendment was added, it wasn't to give border crossers and visiting foreigners citizenship, for that I'm certain. BTW, changing this isn't racist, just in case that comes up.
Anchor baby is a pejorative term for a child born in the United States to a foreign national mother who was not lawfully admitted for permanent residence.[1] There is a popular misconception that the child's U.S. citizenship status (acquired by jus soli) legally helps the child's parents and siblings to quickly reclassify their visa status (or lack thereof) and to place them on a fast pathway to acquire lawful permanent residence and eventually United States citizenship.This is a myth. Current U.S. federal law prevents anyone under the age of 21 from being able to petition for their non-citizen parent to be lawfully admitted into the United States for permanent residence. So at best, the child's family would need to wait for 21 years before being able to use their child's US citizenship to modify their immigration status. The term "anchor baby" is generally used as a derogatory reference to the supposed role of the child, who automatically qualifies as an American citizen and can later act as a sponsor for other family members. The term is also often used in the context of the debate over illegal immigration to the United States to refer to children of illegal immigrants, but may be used for the child of any immigrant A similar term, "passport baby", has been used in Canada for children born through so-called "maternity" or "birth tourism". Most other countries have birthright citizenship and there are even more that have it with minor restrictions.
Under the fairness doctrine, if being born in the US should no longer guarantee citizenship, will there no longer be American citizens?
It is revealing that politicians and spokespersons who defend increasing corporate rule and power over our lives and our planet, while claiming to be "conservatives" and "business friendly", are more than willing to actually change the U.S. Constitution to deny citizenship to a few babies born here in the U.S.A., but they are adamantly against protecting our Constitution against a judicial coup d'etat that has allowed corporate power to illegitimately usurp the Constitutional rights that are defined for a person. And where are your brains and your priorities, people? Do you really think that babies born in the USA to mothers who do not happen to be documented here are any threat at all (much less a significant threat) to our great country just because they become citizens? Do you really think that it is worth changing our Constitution to prevent such babies from being born citizens? On the other hand, do you really think that corporations legitimately possess the status and the rights of a person, in the meaning of the U.S. Constitution? Do you think that if corporations continue to hold and seize those rights, the United States can actually be a government that is of, by, and for the people - instead of a government that is by and for corporations and the super-rich? Wouldn't we the people be wiser to stop and reverse, without further delay, the judicial coup d'etat that has, without justification, bestowed the Constitutional rights and status of a "person" on corporations, instead of trying to change the Constitution to keep some poor, harmless, vulnerable babies who were born here from becoming citizens? Bullies are cowards, no matter how "tough" they try to appear. Bullies always choose their intended victims on the basis of how defenseless they think they are. And bullies avoid like the plague taking on as an opponent anyone who might kick their butts - regardless of right or wrong. These phony so-called "conservative" politicians, who attack babies while sucking up to corporate power are NOTHING but well-funded cowards.