The Attack on Planned Parenthood, a View from Inside ALEC | PR Watch

The Attack on Planned Parenthood, a View from Inside ALEC 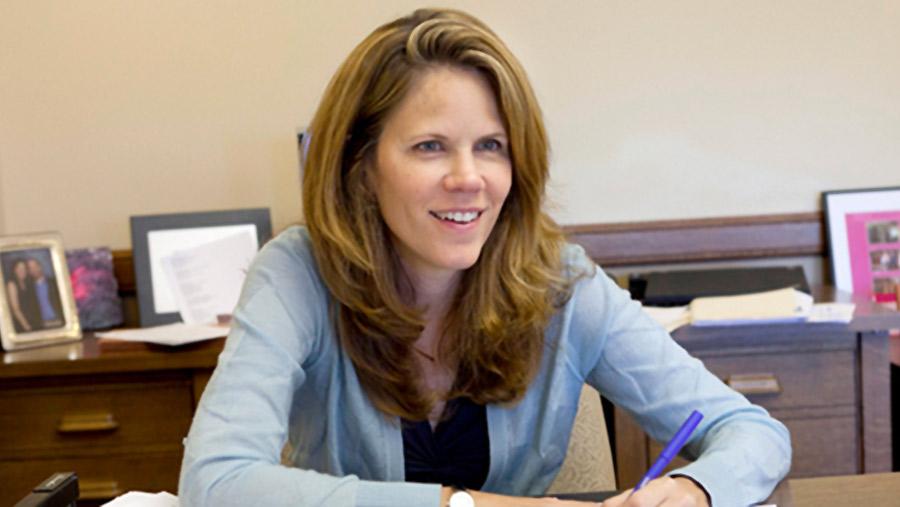 When I went to work for Planned Parenthood of Wisconsin (PPWI) in 2003 as their legislative director, I was unprepared for the attacks this organization experiences on a routine basis. There are organizations solely dedicated to shutting Planned Parenthood down, and more pop up every day. Even before the 2010 tea party takeover in state Capitols around the country, including ours, the relentless legal and political attacks on Planned Parenthood were unending.

I thought I knew something about courage, but what I learned at PPWI was that I knew nothing about it. The staff and physicians who walk into a health center every day, who are targeted and harassed while their workplace is sometimes vandalized and threatened, are the heroes. And they do it every day because there are thousands of women in our state who simply wouldn't have access to birth control, cervical and breast cancer screens or testing and treatment for Sexually Transmitted Diseases without PPWI. Even though abortion is only a tiny piece of the services PPWI provides, it is a critical service. And there are people in our state who risk their lives every day to provide it.

When I was elected as a state representative, I saw the attempts to shut PPWI and abortion access down up close and personal. Some legislators in our state capitol are there solely to make abortion, and birth control, illegal. And they will stop at nothing to do it.

You can see their efforts now in their reaction to the latest smear campaign against Planned Parenthood. Newly proposed state legislation is targeted not only at abortion, but also at birth control. A new bill would lower birth control reimbursement rates for safety net providers serving low-income women to a level that could shut most or all of these health centers down. And though Governor Walker and legislative Republicans have already denied any state funding for birth control and cancer detection efforts PPWI provides (no public monies can be used for abortion services), they now are attempting to deny any federal family planning funds to providers, including PPWI.

And it is a national effort. At the recent annual American Legislative Exchange Council (ALEC), the newest smear campaign against Planned Parenthood was cause célèbre for the Republican presidential candidates selling their wares. Despite the fact that ALEC purports not to address social issues including abortion, on the other side of the convention wall were the national anti-abortion groups exhibiting their model policies and rubber fetuses. ALEC and the anti-abortion movement have many of the same funding sources and have the same goals –electing Republicans across this country who will carry out their agendas.

Under the ALEC banner of free markets and limited government, Scott Walker touted defunding PPWI, though he failed to mention that the result was the shutting down of five mostly rural health centers that didn't provide abortions but cervical and breast cancer screens (new numbers just released last week show that 25% fewer women had access to a women's health center in 2013 than in 2010). Mike Huckabee referred to the legalization of abortion as the prime example of our country's moral depravity. Ted Cruz, the most verbally strident of the three, speaking by video at the conference, referenced specifically shutting down Planned Parenthood. Though all three talked about smaller government, it apparently doesn't apply to women's private medical decisions, when they want government as big and intrusive as possible.

But the biggest lesson I have learned about reproductive health issues hasn't been in the Capitol or even working at PPWI, but as a woman who struggled through six pregnancies, more than half unsuccessfully. The biggest lesson I learned is that decisions women make about our reproductive health aren't about death, but about life. About living. Whether we are making decisions when faced with an unintended pregnancy, or when a wanted pregnancy goes heartbreakingly wrong, we are simply trying to live the life we imagine for ourselves and our families.

And this is where the right is the most out of touch. They want to talk about death and fetal tissue and body parts, leaving women out of the discussion on abortion and reproductive health. They ignore the reality of women's lives, and the dreams that we have for ourselves and the families we may, or may not, someday have.

We must make sure that doesn't happen.

I felt like getting my violin after read the Rep.'s Planned Parenthood article. I worked for 4 years in the pro-life movement in a blue state over 10 years ago. I'd be happy to exchange "attack" stories from the other side 8 days a week. I still get grief in not so subtle ways over 10 years after I left. Yet I've never killed human life in my life.
I have now become somewhat familiar with the 4th video by CMP, released today. PP's senior leadership is being outsmarted by a 26-year-old kid with a camera. If they were truly harassed at every turn by pro-lifers, this would NEVER happen. They feel untouchable in blue states as noted in this video. They are dumber than a box of rocks! As a former auditor, I dreamed about interviewing managers like the ones at PP. Given how much they pay these people, it's hysterical.
Making someone's life a living hell as they go to work is a way to kill the human spirit. Pretend to be innocent while pointing out that your tyranny was not always well received. You inserted yourself into their lives and were part of widespread harassment that actual human beings had to deal with. You put yourself above all others and some of those women could have been pregnant, with child, and with no intention of abortion. Do you know the risks imposed on the fetus from stress to the mother? Women who eventually did give birth now have babies who were impacted. I'm wondering how many of those babies lives you skewered mentally who go through life with anxieties they can't understand because it was developed in the womb, thanks to people like you.
The corollary to the religious "sanctity of human life" view is the insanctity of life other-than-human. That is a position I will never support. I support freedom from religion with its anthropocentric speciesist values, and support access to free birth control and abortion upon choice (a woman knows best). The human species is overpopulated and needs to be kept in check! We are a consumer species, and the planet and the 60+ billion "food" animals violently killed globally need relief big time!
"And this is where the right is the most out of touch." Not exactly. The rightwing top predators who are harnessing the vicious misogyny of the rank-and-file are very much in touch and know exactly what they are doing. What you are seeing is a short-term tactic in the top predators' long-term strategy, the ultimate goal being a society of nothing but serfs and soldiers to serve the needs of the very rich. The strategy is to destroy the middle class and crush the poor so the rich can never, ever be threatened. Attacking the health and finances of half of the non-wealthy population (since rich women will always be able to get whatever they need), and consequently on all who depend on them, is the most efficient single round of socioeconomic grapeshot that can be fired.