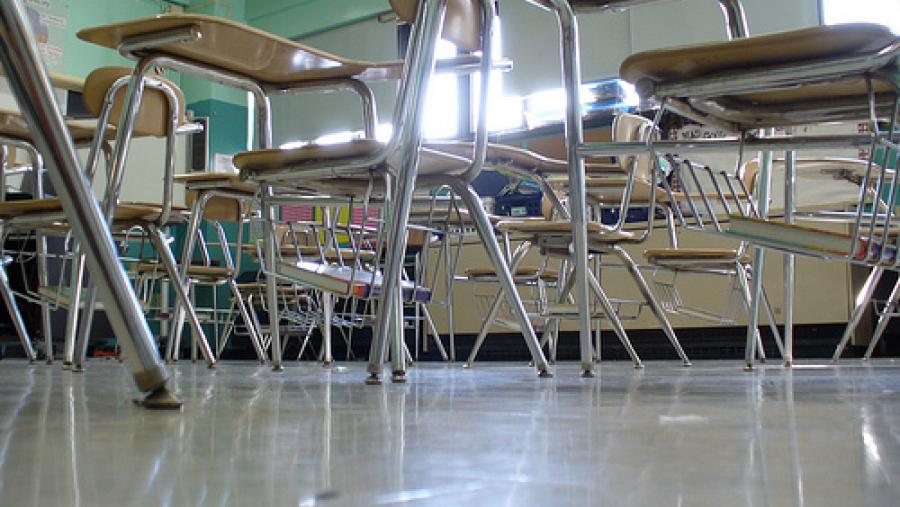 As Congress stands poised to increase funding for the quarter-billion-dollar-a-year federal Charter Schools Program by a whopping 48 percent, the Center for Media and Democracy (CMD) has uncovered that the U.S. Department of Education's Office of the Inspector General has major nationwide probes underway into closed charter schools and suspected waste and financial mismanagement within the program.

The program is designed create and expand “high-quality” charter schools, but it has been repeatedly criticized by the watchdogs at the department's Office of the Inspector General (OIG) in the past precisely because there is no way of knowing whether the money has gone to “high quality” schools.

With the vote looming in the U.S. Senate on the reauthorization of the Elementary and Secondary Education Act containing the provisions expanding the charter schools program, Department of Education officials have assured stakeholders that the problems with millions disappearing down black holes is a thing of the past.

Last week, the Alliance to Reclaim Our Schools sent a letter to Education Secretary Arne Duncan calling for more disclosure to the public of information on the impact and track record of the program. Federal officials responded through the Washington Post saying that the department has stepped up its monitoring activities and efforts to hold states responsible. The message was: all is well in federal charter land.

But the fact that the OIG has found reason to launch major probes this year tells a different story.

Lack of Oversight and Closed Schools Still a Major Concern

A PowerPoint presentation given by an OIG Regional Inspector General in December last year shows that the agency will have its work cut out for it. The top four priorities for its 2015 work on charter schools are investigations into:

Before these audits are published, we can only speculate about possible findings. But a report recently published by CMD—"New Documents Show How Taxpayer Money is Wasted in Charter Schools: Stringent controls Urgently Needed as Charter Funding Faces Huge Increase"—paints a bleak picture of a program whose rhetoric speaks to accountability and oversight and yet is designed to foster a system of unaccountable schools exempt from state regulation and public control through elected school boards.

Strikingly, states that do not have the power to monitor charter authorizers and schools actually have the upper hand when applying for federal funding as they tend to score high on the rubric “flexibility offered by state law” used in evaluating the applications.

Moreover, CMD’s review of internal corrective action plans shows that the states exposed for terrible oversight in the scathing 2012 OIG audit were let off the hook after minimal follow up. The Department of Education, in short, took no meaningful action to stem the tide of taxpayer millions disappearing into a black hole.

It is impossible to anticipate the findings of the OIG probe into closed charter schools, but chances are that not much has changed since the 2012 audit revealed how millions in grants, as well as school assets bought with federal dollars, went missing after charter schools closed down.

CMD has compared the closure rates for charter schools and traditional public schools, and the result gives cause for concern. By combining the most recent data on school closures published by the federal National Center for Education Statistics with enrollment figures for the same school year, CMD calculates that one out of 71 charter school students saw their schools close in the 2011-2012 academic year. For those attending traditional public schools, the figure was one in 174.

In other words, charter school students run two and a half times the risk of having their education disrupted by a school closing and suffering academic setbacks as a result. Dislocated students are less likely to graduate and suffer other harms.

In a 2014 study, Matthew F. Larsen with the Department of Economics at Tulane University looked at high school closures in Milwaukee, almost all which were charter schools. He concluded that closures decreased “high school graduation rates by nearly 10%" and "The effects exist even if the student attends a better quality school after closure.”

Hidden behind the statistics are other social consequences, according to a 2013 paper by Robert Scott and Miguel Saucedo at the University of Illinois. They found that school closures “have exacerbated inter-neighborhood tensions among Chicago youth in recent years” and have been a contributing factor to the high rate of youth incarceration.

Vote in the U.S. Senate Pending

Under the banner “One Million Lives,” the National Association of Charter School Authorizers (NACSA) launched a campaign in 2012 calling for the closure of 1,000 failing charter schools, to be replaced by 2,000 successful ones. Yet NACSA, a former member of the corporate bill mill ALEC, is at the same time pushing for even less charter school accountability, calling for minimal oversight and “little direct involvement of the state.”

With close ties to NACSA—including helping to disseminate NACSA's “best practices” and relying on its list of charter authorizers, there is an obvious risk that the U.S. Department of Education will follow the charter organization's blueprint of throwing good money after bad.

In April 2015, Education Secretary Arne Duncan testified in front of the Appropriations Subcommittee on Labor, Health & Human Services and Education on abuse of federal funding by for-profit colleges who were “taking advantage of a massive influx of taxpayer resources.”

“The findings that we are putting forward are pretty stunning…pretty egregious. The waste of taxpayer money—none of us can feel good about,” said Duncan.

Those same words may prove prophetic about for-profit charter schools when the OIG audits are done, yet Duncan is keen to go ahead with expanding the program by $122 million a year.

The education bill with its proposed expansion of the charter schools program will be up for a vote in the U.S. Senate soon, before the results of any of the ongoing audits are made public to lawmakers and stakeholders.

You can't take the same budget, children and educational needs and expect to extract a profit too it just doesn't make sense.