Scott Walker: Men Can Sue if a Woman Gets an Abortion, but Women Can't Sue for Pay Discrimination | PR Watch

Scott Walker: Men Can Sue if a Woman Gets an Abortion, but Women Can't Sue for Pay Discrimination 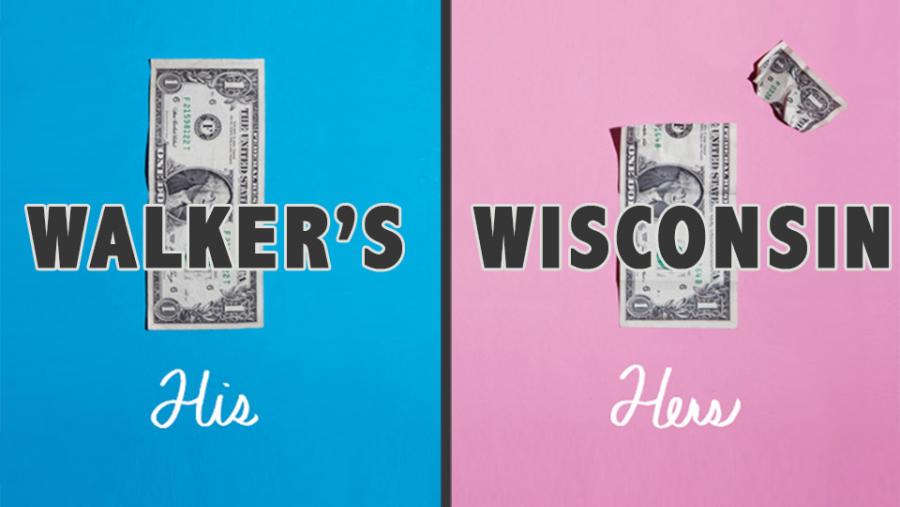 For Scott Walker, women will "clog up the legal system" if allowed to sue over pay discrimination, but men should be given the right to sue if a woman exercises control over her own body.

In 2012, Walker repealed Wisconsin's Equal Pay Enforcement Act, which put teeth in the state's anti- wage discrimination laws by allowing women to seek damages in state court. The law was opposed by business lobbies like the Wisconsin Restaurant Association, and by the state senator who drove the law's repeal, now-Congressman Glenn Grothman, who said the gender wage gap can be explained because "money is more important for men."

Even though no employer had been sued under the 2009 law, Walker justified its repeal by declaring that giving women the right to sue over pay discrimination would "clog up the legal system."

As Walker's 2014 opponent, Mary Burke, pilloried Walker for repealing the Equal Pay Enforcement Act, he responded with an ad claiming that his administration actually supports equal pay for men and women, but had taken a stand against creating new legal causes of action. The Walker administration simply doesn't want to give people "more opportunities to sue," the ad said.

Which makes Walker's latest move all the more astounding.

Walker is planning to sign a ban on all abortions after 20 weeks of pregnancy, with no exceptions for rape and incest. Yet that same bill also creates "more opportunities to sue," if you are a man, and disapprove of a woman's choice to have an abortion.

The abortion bill has largely attracted attention for its extreme limits on a woman's right to make decisions about her own body, and for Walker's bizarre claim that a woman who is a victim of rape or incest is only concerned about it "in the initial months of the pregnancy." But the bill also contains a provision allowing a father to sue an abortion provider for "emotional and psychological distress" if he disagrees with a woman's decision to end her own pregnancy after the 20 week period, regardless of whether he has a current relationship with the woman.

In other words, Scott Walker wants to bar a woman from bringing a lawsuit if she is the victim of pay discrimination. But he wants to allow a man to file suit if he disapproves of a woman's healthcare decisions.

I agree that if a woman is pregnant by means of something unwanted? Then in the first couple months she should have an abortion. Why would she carry it if it isn’t wanted? Also for a woman to choose for the father? That she is getting am abortion against the fathers wishes? He should be able to have recourse to be allowed the baby! I’m going through this right now.’I was deliberately deceived into impregnating a woman who had agreed to have a family. Now she threatens abortion daily and if she has an abortion? I should have a right to feel whole again. Just because she changes her mind doesn’t mean I should be forced to also! Because what if it were the other way around?! What if she didn’t want one and neither did the father but she changes her mind. So she gets to keep it and the father has to pay child support and be a father when they’d agreed not to? Women consistently use their status as leverage to get what they want. And what they want most? IS SYMPATHY AND ATTENTION!