Lack of Oversight of Charter Schools Designed as a Plus; $3.3+ Billion Spent (Part 2) | PR Watch

Lack of Oversight of Charter Schools Designed as a Plus; $3.3+ Billion Spent (Part 2) 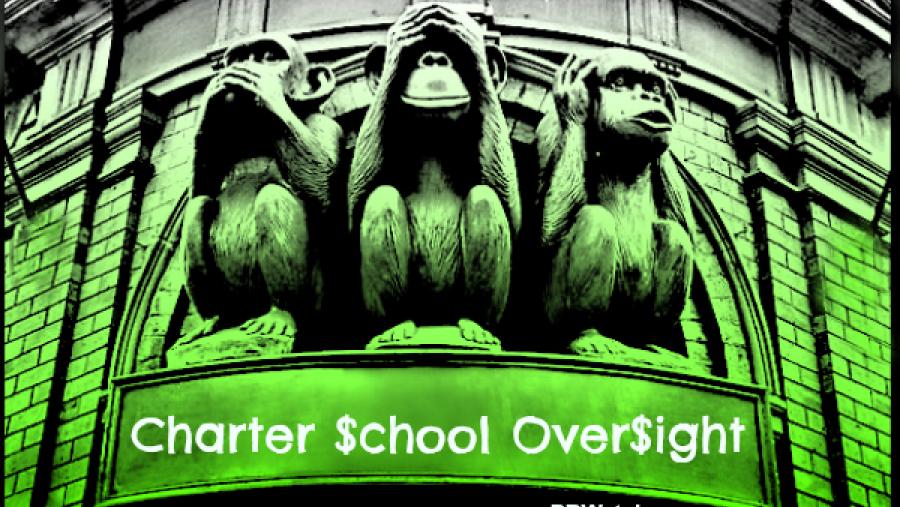 “The waste of taxpayer money—none of us can feel good about,” Education Secretary Arne Duncan told the Appropriations Subcommittee on Labor, Health & Human Services and Education just last month.

Yet, he is calling for a 48% increase in the U.S. Department of Education’s (ED) quarter-billion-dollar-a-year ($253.2 million) program designed to create, expand, and replicate charter schools—an initiative repeatedly criticized by the Office of the Inspector General (OIG) for suspected waste and inadequate financial controls.

In late 2014, CMD submitted a total of 33 Freedom of Information Act requests to ED for information about how taxpayer money was being spent and monitored since 2007, covering some of the expenditures under both Republican and Democratic presidencies and congresses.

Only a handful of those FOIA requests have been fully responded to by ED, but those responses shed new light on how widespread the problems are with how charter school money is being managed—or, more accurately, mismanaged and not adequately monitored by federal and state government oversight agencies.

Notably, ED could not provide the public with a current list of all the state authorizers of charters, and it has never published a record of which charter schools received federal tax dollars, because it does not track that information at all, apparently. Its charter school rep urged CMD to contact a private organization, the National Association of Charter School Authorizers (NACSA)—which has no obligation to provide such information—to obtain a list of the authorizers approved to redirect American taxes.

But NACSA is a private association that only oversees around “half of the nation’s 6,000 charter schools.” It has no governmental authority over charter school authorizers in the states that operate largely outside of control by State Education Agencies (SEAs). And many of those “authorizers” in the states would likely say they are not required to disclose details of how federal dollars flow.

Even if all those entities were required to provide the official names of all charter schools ever authorized (and who was legally responsible for each of them), they appear to have no legal requirement to promptly disclose to the public any charters de-authorized or privately sanctioned by them and the reason why. And, the authorizers in states are apparently not obligated to tell the American people how much money each charter school received from federal and state tax dollars or how that money was really spent.

A Recipe for Distaster

Little is known about how tax dollars are spent with the black-box funding for all charters, including:

The bottom line is that no one actually tracks the list list of charter schools that received federal tax dollars to open, expand and/or replicate charter schools, how much they received, or how they spent the people's monies. Each link in the chain can point to someone else who may have parts of that data but who likely has no obligation to publish that information for the public to understand, although what can be gleaned varies by state. That is, there is no systematic public accounting for how the federal budget allocated to charters is actually being spent, and not even a reliable per-pupil/per capita figure. And the devil really is in the details.

What Is Known About How Some Charters Spend U.S. Tax Dollars is Deeply Troubling

What is known about the resource allocation in charter schools vis-à-vis traditional public schools paints a very troubling picture, as demonstrated most starkly by CPD’s report on criminal fraud in charter schools.

However, fraud is just one of the major problems in the lack of adequate controls over how Americans’ taxes are being spent in the charter industry. A 2012 study by the National Center for the Study of Privatization in Education at Columbia University found that charter schools spent “nearly $800 more per pupil per year on administration and $1100 less on instruction.”

Beyond “administration,” how much is being spent converting public money into private assets through purchasing real estate or using Real Estate Investment Trusts (REITs), or in other ways that benefit private parties rather than the students, is not known.

And, money that should be spent on America’s school children is being spent on other “priorities.” CMD obtained a 2014 draft audit of federal charter school money in New York State, for example, that found that “[o]ne subgrantee used funds to represent the school in lawsuit proceedings related to its sister campus.”

These are just a handful of items that go to the heart of basic accountability, beyond educational performance, that the American people should have a right to know.

The reality is that the patchwork system that has been created to allow such a massive influx of cash to be spent ostensibly on educating America’s children is riddled with black holes where Americans’ taxpayers are being unaccountable lost—even short of criminal fraud—and which leaves American school kids shortchanged in the education they need to thrive.

Many of the gaps through which millions have passed unaccountably have been intentional, resulting from ideological opposition to state oversight over charters that operate like private, not public, schools.

New Finding: Lack of Accountability a Boon rather than a Burden

CMD’s review of FOIA responses to date has identified an array of specific serious problems that would cause any responsible policymaker or concerned citizen of any political party to call for a moratorium on any new funding for expanding charters until these problems are genuinely redressed.

In fact, in 2010, following President Obama’s reauthorization of ESEA, ED published a blueprint, pledging that charter schools receiving funding under the CSP program would be held to even higher standards of accountability than traditional public schools.

But this statement is flatly at odds with one of the main criteria used when ED evaluates applications from state departments of education: "flexibility offered by state law." As CMD's review of grant documents shows, this rubric actually awards states that exempt schools and authorizers from state law. Case in point: when Indiana applied for a charter school grant in 2010, one reviewer gave it the highest score on that rubric precisely because the state does not hold charter schools accountable:

"Strengths: The applicant described the administrative relationship between the charter schools and authorizers in which schools are held accountable solely by their authorizer per Indiana state law. [Score] 30/30"

This is the second instalment in a CMD special report on waste and lack of accountability in the quarter-billion-dollar-a-year federal chart schools program. Click here for part 1, part 3, part 4 and part 5. This serialized version expands on the original report as new findings have come to light.