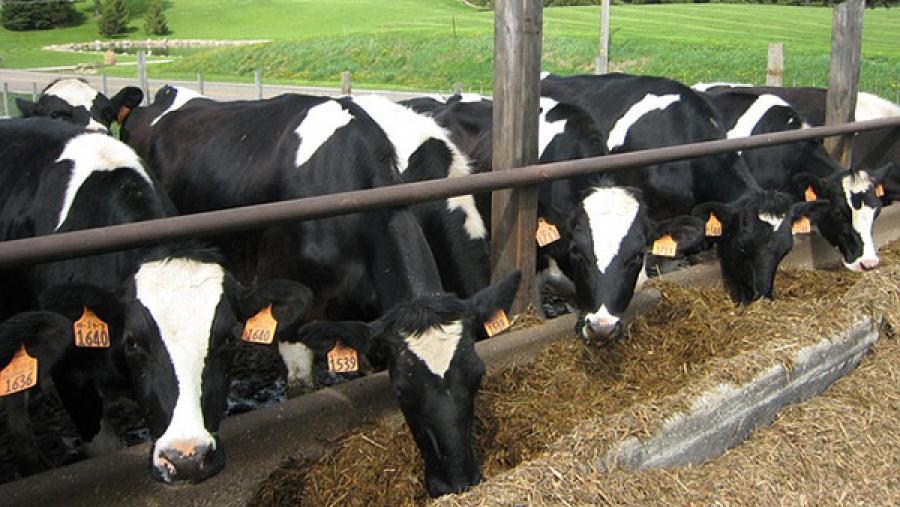 In the latest example of how consumers can pressure food companies to do the right thing, on Friday (December 5, 2014), Stonyfield Farm, a New Hampshire-based producer of organic milk and yogurt, became the second organic dairy company in five months to resign from the International Dairy Foods Association (IDFA). IDFA is a trade group that is suing Vermont to overturn the state’s GMO labeling law, passed earlier this year.

The resignation came after the Organic Consumers Association (OCA) and other groups sent an open letter to four leading organic dairy companies, demanding they withdraw their membership in the IDFA.

An article in Vermont Digger stated that Stonyfield and California-based Clover-Stornetta Farms, which pulled out of the IDFA in July, claimed they were "under fire" from consumers. In our letter, sent July 23, 2014, and addressed to Stonyfield Farms, Aurora Organic, Organic Valley, and White Wave/Horizon, OCA warned that organic consumers were outraged that leading organic dairy companies were paying membership dues and lending credibility to the pro-Monsanto IDFA.

The IDFA is not only party to the lawsuit against Vermont; but it is also lobbying for H.R. 4432, an outrageous anti-consumer bill, introduced in April 2014 in the House of Representatives by Rep. Mike Pompeo (R-Kan.). The bill, dubbed by consumers the Deny Americans the Right to Know (DARK) Act, would preempt all state GMO labeling laws and make it legal to use the word "natural" on products that contain GMOs.

IDFA has also been a leading force lobbying to outlaw the sales of raw milk and dairy products in the USA, as well as to nullify Country of Origin (COOL) labels on imported food products.

The IDFA also wants dairy companies to be able to hide the fact that their products contain aspartame, which has been linked to brain cancer and to the accumulation of formaldehyde, known to cause gradual damage to the nervous system and the immune system and to cause irreversible genetic damage at long-term, low-level exposure.

"If your company continues to support the GMA and/or IDFA, consumers will have no choice but to seek out alternative brands sold by companies that are on the right side of the GMO labeling issue."

In July, Stonyfield said it had been hit with "friendly fire" from the OCA, and that it would not resign from the IDFA: "The OCA may believe that quitting the IDFA is the right way to support GMO labeling. But at this point in time we disagree, instead of quitting, we're fighting harder. After all, if we believed that positions about GMO labeling couldn't be changed, we wouldn't be in this fight in the first place."

"The company [IDFA] represents 200 dairy companies, many of which she said agree with the trade group's position. We have not been hearing from a lot of people saying they support Vermont."

Apparently, the IDFA didn't hear (or didn’t listen to) Stonyfield's direct opposition or challenge. So Stonyfield did the right thing -- resign.

So, what do you say Organic Valley, Horizon Organic, and Aurora Organic Dairy? How about letting IDFA hear from you? And how about backing your opposition to the lobbying group's aggressive efforts to defeat GMO labeling laws by joining Stonyfield and Clover-Stornetta in resigning immediately from the IDFA?

Claims by organic and other dairy companies that their membership dues go toward IDFA's administrative expenses, not the lobbying group's efforts to defeat GMO labeling laws, ring hollow with consumers. Funneling dues to fund operational expenses just leaves more money for the IDFA to fight lawsuits.

Well, thanks for updating my knowledge regarding this. As a general viewer just saw the news but never dug into the reality. But seriously this should be unanimously unacceptable and should follow protest. Legal use of natural word on products containing GMOs is widely not acceptable and I am against such laws. How can a lawsuit encourage such practices and still demand righteousness! Stonyfield has done the right thing by quitting IDFA and I truly appreciate their deeds. But whatever it may be the whole situation, it depends on us how we handle the pressure and react accordingly in a correct way. Many consumers consume organic dairy products thinking of natural due to labeling which is not right according to the lawsuit and for people’s health. Do update more info on this.