-- by Matthew Rothschild, The Progressive magazine

In denying WLS's appeal to reduce the fine to $4,000, the FCC swerved way out of its way to run over the reputation of the Madison-based Workers Independent News, which has its own reporters and syndicates its news stories to stations around the country.

The FCC stated that the "90-second advertisements previously aired were not, in fact, news stories." It added: "The Station's listeners were exposed to material that appeared to be objective news stories deprived of the knowledge that the material was, in fact, prepared to convey the particular point of view of the organization that paid or promised to pay the Licensee consideration to air it."

The FCC's "journalistic determination is extremely troubling," says John Nathan Anderson, assistant professor and director of broadcast journalism at Brooklyn College, City University of New York. Anderson, who was a co-founding producer at Workers Independent News back in 2001, acknowledges that WLS should have mentioned that that the segments were paid for by WIN. But he notes: "It is the first time in the history of U.S. broadcasting that the FCC has declared a news organization illegitimate."

The one segment the FCC sited in its finding actually did report news. The segment quoted from an Illinois state senator who was explaining how the state could leverage federal funding for putting "people to work and getting good jobs to people here in Illinois all the easier." And it explained how an Illinois bill to raise capital for infrastructure projects would help Chicago prepare for its Olympic bid.

The only thing different about this segment was that it was from a labor perspective, which you don't often, if ever, hear on the airwaves.

The FCC's derogatory characterization "provides an excuse to station managers who don't want to air news of working people," says Frank Emspak, the executive producer of Worker Independent News. "The fact that the FCC singles out the only nationally syndicated worker-oriented news as 'not news' is an insult to all working people."

The FCC also seems to think there is such a thing as "objective news," even though every reporter and editor and producer has his or her own subjective biases that play a part in what stories are selected and how they are written. On top of that, as Emspak says, every news program "is sponsored by someone." 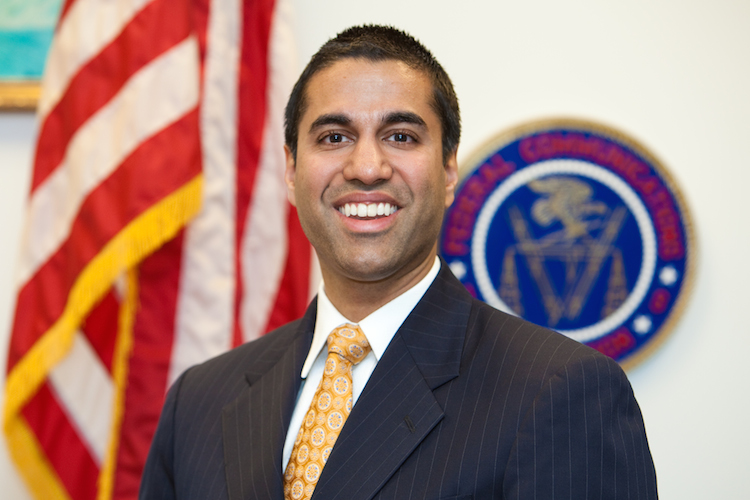 One of the FCC's commissioners, Ajit Pai, has an obvious bias himself, which he displayed when he gave the keynote address to the American Legislative Exchange Council's Task Force on Communications and Technology on December 6, 2013.

"I am proud to stand beside you," he told the ALEC crowd of rightwing legislators and corporate lobbyists. And he said ALEC's Task Force on Communications and Technology "deserves special thanks" for "developing model legislation" for deregulation. He added: "The FCC can and must recognize that its regulatory regime has not aged well. ... Put simply, the time has come to sunset the economic regulations developed in a bygone era." He said the FCC should "scrub our books of all the regulations that have accumulated over the years but have little use in today's competitive marketplace."

He concluded by throwing another bouquet to ALEC: "I congratulate you on the good work you've done on these issues in the past and look forward to working with you in the future. And going forward, please keep making your voices heard here in Washington."

His groveling in front of ALEC is in sharp contrast to the FCC's gratuitous slap of Workers Independent News.

The article originally appeared in The Progressive Magazine.

Seems (FOX) corporation would be fined to obscurity if the same logic were applied. No slant to a particular view?
My sentiments, exactly. Fox says we report, you decide. Fox decides first and then decides again.