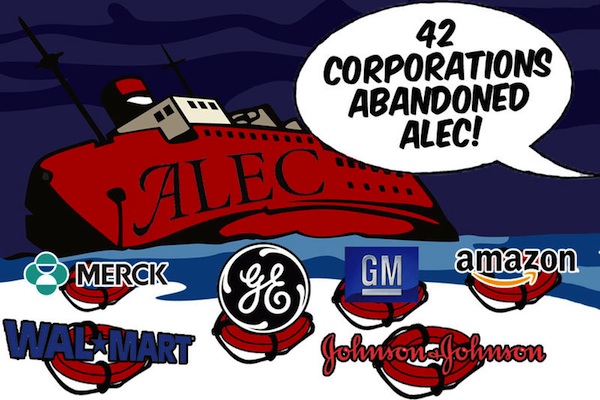 CMD exposed ALEC's role in spreading extreme gun laws and other damaging public policies to state houses across the land. Since the launch of ALEC Exposed, 49 ALEC funders have decided to dump ALEC -- including some of the largest firms in the world such as General Motors and Wal-Mart. Send a note to the remaining ALEC funders and tell them it's time to do the same.