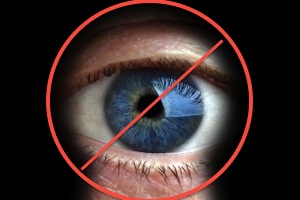 Sen. Sanders' bill, the Restore Our Privacy Act (S. 1168), would put limits on records that may be searched by the National Security Agency (NSA) and Federal Bureau of Investigation (FBI) and eliminate open-ended court orders that have resulted in the wholesale data mining recently disclosed by The Guardian and the Washington Post. It would require the government to provide "reasonable suspicion to justify searches," according to a press release.

Sens. Udall's and Wyden's bill, the Nexus to Terrorism Act (S. 1182), would limit the federal government's ability to collect that data on Americans "without a demonstrated link to terrorism or espionage," according to a statement released by the Senators' offices.

Sen. Sanders, who voted against the Patriot Act as a member of the House in 2001, said in a statement, "We must give our intelligence and law enforcement agencies all of the tools that they need to combat terrorism[,] but we must do so in a way that protects our freedom and respects the Constitution's ban on unreasonable searches."

Sanders' bill, the "Restore Our Privacy Act," would amend the "business records" provision of the Patriot Act so that government authorities would need to provide specific evidence to justify reasonable suspicion before securing court approval to monitor any such records related to a specific terrorism suspect. It would also eliminate the kind of open-ended court order disclosed by Glenn Greenwald in The Guardian, which gave the NSA authority to collect the telephone records of millions of Americans who are customers of Verizon. Instead, agencies would need to justify searches for each record or document before examining them.

Sanders' bill would also invalidate the current presumption that anyone "known to" a suspect is relevant to the investigation and establish increased congressional oversight in the way of reports from the attorney general to the entire U.S. Congress, not just select members in the judiciary and intelligence committees. The bill has been referred to the Senate Judiciary Committee.

Sen. Udall, who like Sen. Wyden is a member of the U.S. Senate Select Committee on Intelligence, said in a joint statement, "The NSA's collection of millions of Americans' phone call records is the type of overreach I have warned about for years. Although I strongly believe some authorities under the Foreign Intelligence Surveillance Act [(FISA)] provide valuable information that helps protect our national security, Americans with no link to terrorism or espionage should not have to worry that their private information is being swept up." Sen. Wyden said, "The disclosures of the last week [sic] have made clear to the American people that the law is being interpreted in a way that damages their civil liberties and that the system has been set up to keep Americans unaware of the intrusion."

The bill, the "Nexus to Terrorism Act," would limit the federal government's authority to collect Americans' data without establishing a link to terrorism or espionage, "ensur[ing] that the federal government can protect national security as well as the privacy rights of millions of Americans," according to a statement released upon the bill's introduction. The language of the bill is quite similar to that of legislation that passed the Senate unanimously in 2005.

"The recent disclosures of government surveillance activities have highlighted the gap between the government's interpretation of the PATRIOT Act and the public's understanding," Wyden said. "This gap has allowed the government to create secret programs that violate the civil liberties of law-abiding Americans who have absolutely no ties to terrorism or espionage. This bill will make abundantly clear that the personal information of ordinary Americans without connection to terrorism or espionage must be protected from invasive surveillance by their own government."

First of all, the senators are right and we do not need to be collecting information on all US citizens. This terrorist fear thing has just gotten entirely out of hand and only leading to more and more government control. Second of all, why would a people want to spy on themselves and pay for it? We should have been asked unless our opinions don't matter any more.
What about espionage? Where does that fit in and what does that mean exactly? If you find fraudulent information and expose it I suppose that's espionage too. Where the frick did that come from!? More rules to cover corruption. Wow.