Today, hundreds of state legislators from across the nation will head out to an "island" resort on the coast of Florida to a unique "education academy" sponsored by the American Legislative Exchange Council (ALEC). There will be no students or teachers. Instead, legislators, representatives from right-wing think tanks and for-profit education corporations will meet behind closed doors to channel their inner Milton Friedman and promote the radical transformation of the American education system into a private, for-profit enterprise. (ALEC has claimed no corporate reps will be there but it has refused to let the press attend to see this claim for itself.)

What is ALEC Scoring on Its Education "Report Card?"

Little is known about the agenda of the ALEC education meeting taking place at the Ritz Carlton on Amelia Island. The meeting is not open to the public and recently even the press has been kicked out of meetings and barred from attendance. So to understand the ALEC agenda with regard to education, it is important to examine ALEC's education "scorecard."

Imagine getting a report card from your teacher and finding out that you were graded not on how well you understood the course material or scored on the tests and assignments, but rather on to what extent you agreed with your teacher's strange public policy positions. That is the best way to understand the American Legislative Exchange Council's 17th Report Card on American Education released last week.

The report card's authors are Matthew Lardner, formerly of the Goldwater Institute, and Dan Lips, currently of the Goldwater Institute and formerly of the Heritage Foundation. They give every state's public schools an overall grade based on how they rate in 14 categories. Homeschooling, alternative teacher certification, charter schools, private school choice, and virtual learning make up 7 of the 14 categories. Of the other seven categories, two rate the states' academic standards and the other five have mostly to do with the way states retain "effective" teachers and fire "ineffective" ones.

ALEC's education bills encompass more than 20 years of effort to privatize public education through an ever-expanding network of school voucher systems, which divert taxpayer dollars away from public schools to private schools, or the creation of new private charter schools with public funds, and even with private online schools (who needs actual teachers when you can have a virtual one?). The bills also allow schools to loosen standards for teachers and administrators, exclude students with physical disabilities and special educational needs, escape the requirements of collective bargaining agreements and experiment with other pet causes like merit pay, single-sex education, school uniforms, and political and religious indoctrination of students.

States where students score well on tests but where ALEC's legislative agenda around school choice, charters, merit pay, de-unionization and alternative certification have not yet taken hold get low grades. States where elected officials are gung-ho for ALEC's agenda but the students are not faring so well are still graded generously.

While ALEC's report card and its many appendices weigh in at hefty 130+ pages, it is markedly slight on evidence that school choice, charters, or firing more teachers improve student performance. Indeed, the report card itself even makes this case by also ranking each state's students' performance on the National Assessment for Educational Progress (NAEP) exam, the largest and most accepted national, standardized assessment of student knowledge in several subject areas.

Massachusetts, Vermont, New Jersey, Colorado, Pennsylvania, Rhode Island, North Carolina, Kansas, New Hampshire and New York comprise the top 10 states in NAEP performance. Among them, only Colorado is among the 13 states ALEC gives a B or better on its report card. Vermont, even though it scored number two on the NAEP, is tied for dead last for policy with a D+. Missouri, ALEC's star pupil with an A-, scored 47th on NAEP.

"It's a compendium of the progress of the ALEC agenda and it has nothing to do with educating students," says Julie Underwood, Dean of the School of Education at the University of Wisconsin, Madison.

Underwood, who wrote about ALEC for The Nation last summer and has studied the organization extensively, notes that the most interesting and potentially useful data in the report card is left out of each state's grade calculation. There are tables ranking states according to the NAEP performance of low-income students, students of color and students with disabilities, but this is not added in in the final grade.

Her answer comes in the report card's introduction, where Lardner and Lipps call 2011 "The End of the Beginning in the Battle for K-12 Reform." Legislative efforts to weaken and defeat unions were so successful in places such as Florida, Indiana and Wisconsin last year that, according to the authors, we have entered a new era for ALEC's education policy agenda.

Comparing the union fight to Britain's defeat of Germany in Egypt to secure the Suez Canal, Lardner and Lips crow that in 2011, "For the first time, the unions suffered major policy defeats in a large number of states across a wide array of policy issues."

Indiana Governor Mitch Daniels wrote the report card's forward, lamenting how the unions in his state once had a voice in issues such as the length of the school day, academic freedom and, generally, the content of their work, says his state has turned the corner. "Collective bargaining will now be limited to wages and benefits and will no longer stand in the way of effective school leadership or student progress," Daniels writes.

Indiana's ALEC grade improved to a B from a C+ in 2010 even though its NAEP scores declined from 13th to 17th. Indiana did, however, pass several pieces of legislation in the last year that were influenced by ALEC model bills, including the creation of a statewide voucher school program, merit pay and restricted collective bargaining rights for teachers, and deep budget cuts. 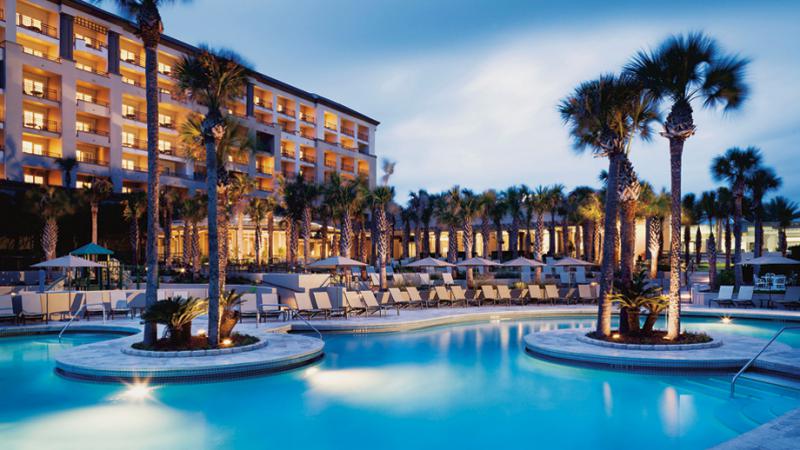 The report card, released during National Charter School Week, also comes during the ramp-up to ALEC's annual "K-12 Education Reform Academy" at the swanky Ritz-Carlton in Amelia Island, Florida. The non-profit group Fund Education Now intercepted one of ALEC's invitations to legislators in Florida delineating the junket's deluxe (and gratis) accommodations and summarizing the opportunity to learn more about school privatization and giving teachers their comeuppance.

"You are cordially invited to attend ALEC's K-12 Education Reform Academy, February 3-4, 2012 at the Ritz-Carlton in Amelia Island, Florida. For invited legislators like you, ALEC will cover your room for up to two nights at the host hotel. ALEC will also reimburse up to $500 for travel expenses, which includes coach airfare, cabfare, and a reimbursement of 55.5 cents per mile driven."

"This event will address the top reforms in K-12 education that ALEC believes each state must have to ensure the successful and productive education for all American students. We will discuss what you as a state legislator can do to address a variety of issues surrounding K-12 education reform, including charter schools accessibility, accountability and transparency, standards for teacher excellence, open enrollment, vouchers, tax credits, and blended learning options."

Fund Education Now co-founder Kathleen Oropeza says the "academy" is closed to the press and the public and Amelia Island itself is secluded from the outside world and heavily policed. The meeting's agenda is so secretive that Oropeza has been unable to track one down.

"The island is a challenge for protestors, and we think they chose it for that reason," Oropeza says.

However, a raft of ALEC legislative and corporate members are certain to be there. These include online school businesses such as K-12 Inc., Insight Schools, and Connections Academy a division of Connections Education LLC. These for-profit schools will likely join with their allies from the Heritage Foundation, Texas Public Policy Center, The Friedman Foundation for Educational Choice, the Hoover Institution, the Alliance for School Choice and more.

Today, the Democratic Progressive Caucus of Florida (DPCF) called on Florida legislators to boycott the island retreat. Caucus President Susan Smith stated, "The secretive process of allowing corporate lobbyists and billionaires to write legislation, which they then pass off to Florida legislators, is a betrayal of the intent of representative government. The closed-door gathering of legislators is not government in the sunshine."

Do your homework: See the ALEC education bills and learn more about the ALEC's Public Education Task Force at the Center for Media and Democracy's ALEC Exposed website.

Oh, our Florida "make money off the kids." and "defund the public schools" folks will attend in droves. If this thing has any validity, why so secret? Doubtless we will find out the agenda in bill after bill attacking Florida teachers, schools, universities, etc.
commented (in <i>Deschooling Society</i>) that the education system is "the reproductive organ of a consumer society." If that's how it is with public education, just imagine if all education were privatized!