Through the Toxic Mirror: Vietnamese and Americans Continue to Suffer Effects of Agent Orange | PR Watch

Through the Toxic Mirror: Vietnamese and Americans Continue to Suffer Effects of Agent Orange

Vietnam is the toxic mirror into which avaricious corporations do not want ordinary people throughout the world to look. Inside of this mirror, we see polluted rivers and streams, dying lakes, poisoned oceans, and contaminated food and water.

- Fred Wilcox, Scorched Earth: Legacies of Chemical Warfare in Vietnam, due out September 13, 2011

Fred Wilcox is a writing professor at Ithaca College and a long-time peace activist. In 1983, his book Waiting for an Army to Die: The Tragedy of Agent Orange broke the story of the suffering of American veterans of the Vietnam War due to poisoning by Agent Orange used as a defoliant. On September 13, Seven Stories Press will release his latest book, Scorched Earth: Legacies of Chemical Warfare in Vietnam, which chronicles the effects of chemical warfare on the Vietnamese people. On the same day, Seven Stories will also release a new edition of Waiting for an Army to Die.

In an interview with the Center for Media and Democracy, Wilcox said he hopes that both books will "open a conversation about war, about what we should never do in war, about our environment, about cancer, and about how we as a nation can commit these crimes and then claim we're not responsible."

When Waiting for an Army to Die was published in 1983, Vietnam veterans were fighting for acknowledgment and payment for illnesses directly related to their exposure to Agent Orange, a "fifty-fifty combination of 2,4-D and 2,4,5-T. ... The 2,4,5-T in Agent Orange was contaminated with TCDD-dioxin, a carcinogenic, fetus-deforming, and quite possibly mutagenic chemical" (from the introduction to Scorched Earth). On May 7, 1984, their lawsuit against the chemical manufacturers reached a settlement out of court with the manufacturers (Dow Chemical Company, Monsanto, Diamond Shamrock Corporation, Hercules Inc., Uniroyal inc., T-H Agricultural & Nutrition Company, and Thompson Chemical Corporation), who agreed to establish a $180 million fund to be used to compensate victims. This compensation would be spread out over the course of ten years, ending in 1994. 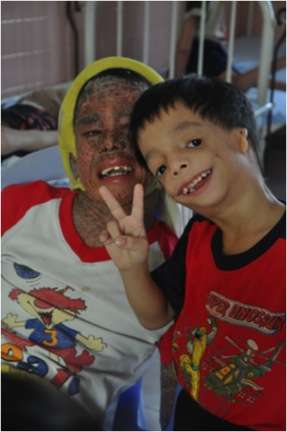 As recently as 2004, a Monsanto spokesperson said in response to continued claims and suits, "We are sympathetic with people who believe they have been injured and understand their concern to find the cause, but reliable scientific evidence indicates that Agent Orange is not the cause of serious long-term health effects."

Monsanto was responding to the 2004 class action lawsuit filed by the Vietnamese Association of Victims of Agent Orange (VAVA) against Monsanto, Dow Chemicals and 35 other Agent Orange manufacturers. This suit was filed in the same court as the 1984 veterans' suit. In March 2005, Judge Jack Weinstein, who presided over the settlement of the soldiers' suit, dismissed the claims by the Vietnamese citizens. The primary legal ground the judge put forward for the dismissal was his view that Agent Orange was not considered a poison whose use was considered to be a violation of the international law of war at the time it was used in Vietnam. On appeal, a federal court ruled that even though dioxin, which is a central ingredient in Agent Orange, was a known poison, the use of this substance as a "herbicide" to kill civilian crops and foliage was not considered to be a chemical weapon in violation of international law. However, the companies knew the enormous quantities the government was ordering would be used widely and would undoubtedly be sprayed on people, both civilians and soldiers on the ground, and on the food supply.

Dioxin researcher Dr. Wilbur McNulty has called TCDD-dioxin "the most toxic small man-made molecule we know of." Both of Wilcox's books make abundantly plain, as the Veterans Administration (VA) eventually acknowledged, that exposure to TCDD-dioxin can cause a whole host of illnesses, "including soft tissue sarcoma, chloracne, Hodgkins Disease, multiple myeloma, non-Hodgkin's lymphoma, diabetes, Parkinson's disease, and prostate cancer" (the entire VA list of diseases and illnesses, as of 2009, is published as an appendix to Scorched Earth). 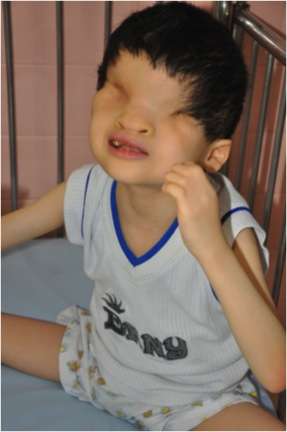 Children born to those exposed have birth defects at an astonishingly high rate. Vietnamese researcher Dr. Ton That Tung, who began researching the possible effects of Agent Orange during the war, found that "in one district where the researchers found a total of nine birth defects out of two hundred and thirty-three births, all nine of the deformed children were fathered by veterans" (from Scorched Earth). Waiting for an Army to Die contains many examples like that of the son of American veteran Joe Naples, who "was born with webbed toes and suffers from sleep disturbances, seizures, learning disabilities, hyperactivity and brain damage."

Waiting for an Army to Die is a scathing indictment not only of Agent Orange used in the Vietnam War but of the same or similar toxic chemicals used domestically. While "ex-soldiers who visited [VA] hospitals complaining of skin rashes, liver and kidney problems, heart disease, numbness of the hands and feet, memory loss, and other illnesses were accused of being alcoholics, drug addicts, malingerers and scam artists," a group of women in Ashford, Washington, concerned about miscarriages and stillbirths, "which they believed might be related to 2,4,5-T" that a timber company had been spraying near their homes, were told by a company chemist that "babies are replaceable, [and they should] plan their pregnancies around the spray schedule." Both responses, in Wilcox's view, stem from the attitude that:

Scorched Earth is a survey of human illness and environmental damage caused by the massive dousing of Vietnam with TCDD-dioxin. Wilcox also fills in the recent history of American veterans' families' struggles to gain recognition and assistance for their exposure-related illnesses and birth defects. And he describes in heart-rending detail the Vietnamese Agent Orange victims' continued struggle for the same recognition and assistance.

Both books should be required reading in a nation where, as Wilcox stressed in his interview, "45% of American males are diagnosed with cancer in their lifetime and almost 40% of women" and where "eighty thousand toxic chemicals are on the market. Four to eight thousand of these are carcinogenic, and they're in our air and water and food supply."

These books are not just about the heartbreaking story of chemical warfare in Vietnam that has now affected three generations of Vietnamese, Americans, Australians, South Koreans and New Zealanders. They are also about the need to stop poisoning our own bodies and environment with toxic chemicals. Wilcox urges the American people "to wake up to the peril we're in. It's easy to say it was a long time ago, the Vietnam War is over, and we don't care. But if you don't care about them, then you don't care about yourself, because we're in similar circumstances."

In addition to VietNam, Agent Orange was used in South Korea until the mid 1970's. Their R untold stories there as well. Troops were exposed just as in VietNam & con't 2 B exposed. AO never goes away.
Thanks for your comment, lackeyloca. Scorched Earth does mention AO used in other areas, and Waiting for an Army to Die mentions veterans from other countries who are suffering from exposure. I encourage anyone concerned about AO to read both Wilcox's books.
I read Waiting for an Army to Die when it first came out and again a few years ago. I look forward to this updated version. I am now reading Scorched Earth and am appalled by the facts Fred A. Wilcox brings to light. As your writer says, both of these books should be required reading. Wilcox makes it painfully clear that we are indeed all expendable as far as our government and the corporations it serves are concerned. Not only Agent Orange, but all sorts of carcinogenic and otherwise toxic chemicals are part of our daily lives. The great tragedy here -- there are many tragedies here, actually, but the greatest -- is that the Vietnamese people and all of us are being used as fodder for the chemical corporations in collusion with a corrupt state, and an ever-ascending military, as well as the codependent judiciary that supports what is in essence genocide. How can we continue to allow such vicious and violently inhumane actions in our name? It's suicide as well as homicide. Thanks to Rebekah Wilce for a fine review, to Brendan Wilcox for the touching and telling photos, and to Fred A. Wilcox for two fine and very disturbing books -- that should be read by every legislator and every citizen in the USA and Vietnam, and beyond.
Readers may wish to visit the ‘Agent Orange Action Group’ website at http://www.aoag.org and also the excellent piece below. Be sure to scroll down and read the comments following the article! Justice for the Victims of Agent Orange! http://foodfreedom.wordpress.com/2011/07/08/monsantos-agent-orange-being-used-to-clear-brazils-rainforest/ Justice for the Victims of Agent Orange!