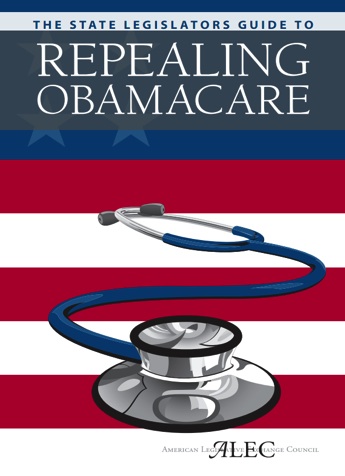 Days after President Obama signed the Affordable Care Act into law, I arrived at the spring 2010 meeting of the National Association of Insurance Commissioners (NAIC) in Denver, where a fellow consumer representative introduced me to one of the hundreds of industry lobbyists swarming the convention center. "She's somebody we can work with," he said, clearly convinced that she would deal with us in good faith, even if we might disagree on certain policy issues. Over the next several months, other consumer reps agreed that she really did seem to want to do what was right for patients, even if the organization that paid her salary often seemed to care more about profits than people.

I was skeptical. I knew from my two decades as an insurance company executive that the industry often conducts duplicitous charm offensives, assuring the public that insurers support consumer-focused reform while executives work surreptitiously to block any reform that might curtail profits. So I was not shocked when I found out that Joan Gardner, executive director of state services for the Blue Cross and Blue Shield Association's Office of Policy and Representation, had been keeping something important from us. As a leading member of ALEC's Health and Human Services Task Force, she'd been helping write legislation designed to ensure that any healthcare reform implemented at the state level would benefit insurance companies far more than their policyholders. She was also leading an effort to recruit more dues-paying members to ALEC.

I learned of Gardner's clandestine work when a reform advocate alerted me to a story about a resolution her ALEC committee had drafted in 2008 to forbid "government-mandated health care." Apparently fearful that a bill would reach Obama's desk that would allow states to establish single-payer systems, ALEC crafted the Freedom of Choice in Health Care Act, which, despite its Orwellian name, was written to deny the citizens of any state that passed it the freedom to set up such a system. By declaring that Congressional attempts to regulate health insurance at the federal level would be unconstitutional, it would effectively ban not only a federal single-payer proposal but also a federally created health insurance exchange and a federally operated public insurance option. ALEC has boasted that some forty-four states have introduced its Freedom of Choice in Health Care Act (which itself would not withstand a constitutional challenge). What it hasn't acknowledged is that attempts to pass healthcare-nullification bills have failed in at least twenty-five states. Only eight states have passed the act so far.

Reviewing ALEC's healthcare-related bills and resolutions from the past few years makes it clear that insurers realized early on that the best way to block the profit-threatening provisions of any federal reform would be to attack them at the state level through ALEC. With Democrats in control of both houses of Congress and the White House in 2009, insurers assumed some kind of healthcare reform was inevitable, so they adopted a strategy to shape rather than stop reform. Its top five goals became:

Insurers achieved their first four goals, with ALEC playing a key role in a well-coordinated effort to keep the most progressive proposals from being enacted at the state or federal level. Where it fell short was in blocking provisions of the law that will impose more rigorous oversight of insurance companies' business practices. After Obama signed the bill into law, the industry turned its attention to influencing how the new regulations would be written (by the NAIC and federal bureaucrats) and how the law would be implemented in the states.

As its archive reveals, ALEC has been at work for more than a decade on what amounts to a comprehensive wish list for insurers: from turning over the Medicare and Medicaid programs to them -- assuring them a vast new stream of revenue -- to letting insurers continue marketing substandard yet highly profitable policies while giving them protection from litigation. Republican lawmakers continue to promote model bills from the 1990s. Some of the most far-reaching and industry-favorable measures adopted by ALEC over the years:

In sum, ALEC's model legislation would not only undermine the consumer protections in the Affordable Care Act; it would shred the social safety net for the most vulnerable among us: older, disabled and poorer Americans, and those who become victims of a system that is supposed to heal, not harm.

Go to ALECexposed.org to learn more!