Icing on the Cake for Corporations, Crumbs for Working Families | PR Watch

Icing on the Cake for Corporations, Crumbs for Working Families 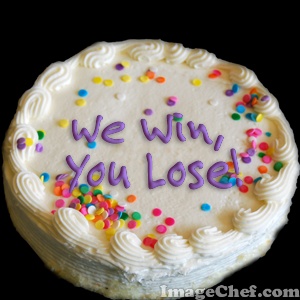 Buchen may be right that this new tax break is "icing on the cake" for large manufacturers, but that doesn't make it a sensible choice from the menu of policy items for possible inclusion in the state budget, especially an austere budget that asks the vast majority of Wisconsinites to go on an extremely restrictive diet. Viewed more carefully in the light of day, this amendment obviously has appeal to the sweet tooth of some businesses owners, but it provides little nutritional value for the state's economy. This post provides a top ten list of reasons why lawmakers should reject the amendment during the days ahead, when the budget bill moves to the floor of both houses:

10. Process – The motion wasn't unveiled or discussed until the last hour of the last day of the Committee's work. In fact, the actual statutory language for the proposal still isn't available a week later. This isn't the way to consider a $129 million per year budget amendment.

9. Wisconsin is already extremely attractive for manufacturing –- Wisconsin leads the nation in manufacturing and has very favorable tax policies for manufacturers. As we noted in a blog post on April 27, a recent industry-sponsored study ranked Wisconsin as having the 4th lowest state and local taxes on investments made in a new facility or for upgrading an existing facility.

8. Equity (or lack thereof) among corporations –- The amendment will gradually cut corporate income taxes by 95 percent for income generated by the production of goods in Wisconsin, but many businesses in the state won't benefit at all, and they are sure to complain about the inequitable treatment. Because it isn't an even-handed tax policy, the new tax break might be gradually expanded to a growing array of corporations, until there is little left of the state's corporate income tax.

7. Rising red ink – As I noted in a blog post on Wednesday, lawmakers have been preaching the importance of not creating red ink for future legislators to cope with, and until last week the Joint Finance Committee was heeding that advice. That changed quite substantially with the approval of this phased-in tax break. As its cost increases between now and 2017, it will add about $96 million to the state's structural deficit in the 2013-15 biennium, and $213 million in the following biennial budget.

6. Recent tax changes make this unnecessary –- Corporations that are doing business in Wisconsin and decide to build new manufacturing plants here generally don't pay any additional taxes –- thanks to a major tax change phased in several years ago. That tax break for manufacturers (known as "single sales factor" apportionment of income) makes their taxable Wisconsin income depend solely on the percentage of their sales that are in our state. Thus, if General Motors moves a plant from Michigan to Janesville, the increase in its Wisconsin-generated income will no longer cause an increase in its income taxes here.

5. Doubling down on the manufacturing sector –- Wisconsin has long been #1 or #2 in manufacturing in the U.S., yet our per capita income and other economic indicators have been declining relative to many other states, which are less dependent on the manufacturing sector. Before throwing even larger tax breaks at that sector, we should at least have an open public debate about whether that's the most effective strategy for a healthy, growing economy.

4. Lack of accountability –- In contrast to tax credits that are tied to job creation, this one isn't tied to anything. Corporations can get the new credits regardless of whether they are increasing or decreasing employment in Wisconsin (and if they don't have a profit they can carry forward the credits for up to 15 years). 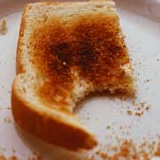 3. Undermining Wisconsin's competitiveness –- Wisconsin isn't going to become a more attractive state for manufacturers by making its tax and spending policies look like Mississippi's. Taxes are well down the list of what corporations consider when they make business location decisions, and as I noted above, our taxes are already designed to be very low for manufacturers who are expanding their operations. By undermining the resources available for investments in a high quality education system and strong infrastructure, tax cuts, especially poorly-designed tax cuts, will make Wisconsin less competitive.

2. Tax shifting –- One corporation's tax cut is likely to eventually become another corporation's or individual's tax increase. Of course, as the bill for the new tax break comes due, some of the lost revenue will result in spending cuts; however, there is also likely to be some tax shifting. For example, low-wage workers will see a tax increase in 2012 because of other new tax breaks in the Governor's budget that are coupled with reductions in the Earned Income Tax Credit and Homestead Tax Credit.

1. Icing versus crumbs –- Governor Walker's budget bill was already very generous for corporations. While demanding sacrifice of nearly everyone else, his budget bill and special session bills contained $200 million in tax cuts for corporations and the wealthy. The Finance Committee's additional $129 million per year tax break for manufacturers is indeed the icing on the cake for those corporations; yet while they enjoy some very pricey icing, working families and their children are going to be under the table fighting for the crumbs.

In short, the proposed $129 million per year tax break for manufacturers won't make Wisconsin more competitive because Wisconsin already has very generous tax breaks for those businesses, and because the lost revenue will erode the state's strengths in education, infrastructure and quality of life that are crucial to our economic competitiveness. Moreover, this last minute addition of "icing on the cake" for one segment of the business community is an affront to the vast majority of Wisconsinites who are being asked to make sacrifices in the name of fiscal responsibility.

At a minimum, this proposal (which as of June 10 isn't publicly available) should be removed from the budget and considered in a way that allows legislators and the public to debate whether this is the best use of $129 million per year, balanced against other things Wisconsin could or should be doing to make our state a great place for people to live and work.