The multinational consumer product company Unilever "has launched ViveMejor, a multimedia marketing initiative that targets the Hispanic community" in the U.S. The PR firm Edelman's multicultural practice is heading communications for the campaign. The campaign includes a magazine, "distributed for free at grocery stores and online ...

The most recent racist remarks of Don Imus have yet to affect his popularity with political and media figures. David Carr points out that "Senator John Kerry has stopped by.

"The National Institutes of Health has temporarily suspended" the consulting firm Sciences International, which "had been reviewing the health dangers of chemicals for the government while also working for the chemical industry," reports Marla Cone. The evaluation of the firm's work is ongoing, and its $5 million government contract, "which runs through June 2008," remains in force.

"Israel's official MySpace page was launched in January under the direction of officials from the Foreign Ministry," reports Gregory Levey. 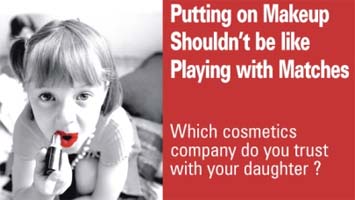 In response to growing concerns about the safety of some cosmetics, the industry group Cosmetic, Toiletry, and Fragrance Association (CTFA) "has embarked on what it calls an 'education process' designed to reassure consumers." As the Center for Media and Democracy repo

"All the surveys we have done shows that the biggest hasbara," or public diplomacy, "problem that Israel has is with males from the age of 18 - 35," said David Saranga, Israel's media and public affairs point person at its New York consulate. "In order to change their perception of Israel as only a land of conflict, we want to present to them an Israel that interests them," he added. So the "beer 'n' babes magazine Maxim" is sending photographers to Israel, for a photo shoot of attractive Israeli women.

Retailers "eager to connect with teen and twentysomething shoppers" are increasingly marketing to them through their cell phones, reports USA Today. New marketing approaches include "coupons that go to shoppers' cellphones." The marketing firm Access 360 Media "saw redemption rates of about 40%" with cell-delivered coupons, as opposed to "less than 2% for many print or online coupon campaigns." Then there's GPShopper, "an Internet-style search engine that lets shoppers search a chain's entire inventory," with Best Buy, Toys R Us and Sports Authority among the chains using the service.